The Emergencies Act is Dead

The Emergencies Act is Dead

Setbacks in vaccine distribution and failures in restricting travel have added to the complexities of a decentralized pandemic response and the presence of the new COVID variants within the nation. While the largest vaccination program in history is underway, provinces continue to struggle with the second wave of the virus. If a top-down approach is the right strategy to control the crisis, the government must declare a national emergency. Before a decision is made, any increases to efficiency from invoking the Emergencies Act must outweigh the risks of political division, mismanagement, and inequity arising from it.

At the onset of the pandemic, the federal government considered invoking the Emergencies Act. Premiers across the country reaffirmed that healthcare falls under provincial jurisdiction, confirming to move forward only if consensus was reached. At the time, the Government of Canada agreed to only intervene if provincial measures did not suffice [1] and federal powers were exhausted.

Source: Illustrated by Anil Wasif using data from the Government of Canada

Federalism has both benefits and shortfalls when it comes to national crises that call for a collective response. While the difference in outcomes for provinces have revealed the cracks in a multi-faceted approach, localized strategies have also been applauded by the WHO [2]. Therefore, before declaring a national emergency the government needs to be certain if a top-down approach would achieve a comprehensive national vaccine protocol, reduce travel-based infections, enhance social cohesion and ensure the wellbeing of all Canadians.

Canada’s public health emergency management system works from the bottom up. Traditionally, the municipal governments hold the first line of defense, calling on federal or provincial expertise when required. So far this has facilitated the level of granularity required for a pandemic response. At the provincial level, while emergency powers vary between one another, they are uniform in terms of strength and structure. An effort to centralize this system would require standardization of COVID19 data, reallocation of resources, and changes in organizational structure, all of which outweigh any efficiency gains promised by a top-down approach.

Provinces prioritizing public health have demonstrated their ability to mitigate the health crisis, while those concerned with business and politics continue to lag behind. This is evident in Ontario’s new daily record of 3,945 COVID-19 cases [3] compared to Saskatchewan’s 0 new cases over the past week [4], and Quebec’s decreasing hospital capacity compared to provinces with similar hospitalization rates. However, while the Emergencies Act would allow the federal government to prioritize public health over other issues, it provides no guarantees of flattening the curve.

A national lockdown comes with its own set of consequences due to the geographical, cultural, and socioeconomic differences between provinces and territories. For instance, what might be right for the population in Ontario may not be work for the people of Alberta. Moreover, the Emergencies Act must only be used if the combination of federal and provincial measures and laws, like the Quarantine Act, the Emergency Management Act, and provincial Public Health Acts, have not been sufficient to handle the crisis.

Existing powers can also facilitate a targeted approach, such as federal oversight within provinces that are not complying with Public Health Canada’s advised timeline for second doses, as their hospitals approach maximum capacity. In such a case, targeted intervention would not unfairly penalize other provinces, nor would it require the cross-Canada implementation of the Emergency Measures Act.

A top-down approach from Ottawa can challenge the equity and fairness adhered by provinces on their vaccination roll-out programs. Every province is putting essential workers and front-line health workers as the group to be vaccinated first. Provinces that are extending early-stage vaccination to other groups are doing so because of differences in case numbers, health system capacities, and local needs.

A coordinated and equitable effort to vaccinate the entire population would require the government to re-organize supply chains, combine databases, and integrate health systems in a timely and cost-effective manner. Therefore, a hasty response facilitated by the Emergencies Act would inevitably reshuffle existing priority lists across the country, neglecting established benchmarks for equity across the provinces.

The Minister of Public Safety has confirmed recently that 2-5% of infections [5] are associated with travel within and outside Canada. However, the main sources  of transmission continue to be “close contact” and “community spreading.” With new restrictions set in the United States and clear orders to cancel all travel from the Prime Minister, Public Health Canada believes current rates will soon likely decline.

Regarding the new variants of the virus, the WHO has confirmed that effective contact tracing and testing will allow countries to adjust their coping mechanisms. Currently Ontario leads the table [6] with 221 cases, followed by 78 cases in Alberta; 28 cases in BC and 8 cases in Quebec. To this end, the Prime Minister has recently confirmed that the mandatory 14-day Quarantine has been extraordinarily effective in this new fight.

The Emergencies Act would allow Canada to regulate or ban travel “to, from or within any specified area, where necessary for the protection of the health or safety of individuals.”[6] Therefore, the intended consequences of the Act may end up being counterproductive, as the benefits from banning travel may not outweigh lengthy court challenges questioning the government’s attempt to suspend civil liberties of Canadians under Section 6 of the Canadian Charter of Rights and Freedoms.

In order to satisfy the conditions required for a national emergency, a crisis must exceed the authority of a provincial response and exhaust federal powers under existing laws. Neither of these conditions are satisfied as some provinces in Canada have successfully restricted inter-provincial travel since the onset of the pandemic.

In such a scenario, effectively communicating with Premiers to coordinate uniform quarantine measures will yield better results than overriding their authority. If that fails, even the slightest notion of introducing the Act has pushed specific provinces and businesses to take stricter action, as seen recently by the swift cancellation of all Air Transat flights between Toronto and Montreal. This happened only a few days after the Foreign Minister announced that the Act cannot be ruled out [8] after Quebec and Ontario called for tighter travel restrictions.

In March 2020, Premiers clearly communicated their stance against the Act. If their perspectives remain consistent, invoking the Act may place the federal government directly at odds with provincial leaders, creating substantial conflict within the consultation period. Further, citizens may also feel a sense of infringement on their civil and political rights.

Now more than ever, national unity is critical to successfully overcoming the COVID-19 pandemic. Paradoxically, while the Act is intended to support national harmonization of efforts to fight COVID-19, it could instead serve to drive the nation further apart, while also building resentment towards Ottawa.

Moreover, there is a lack of clarity as to where other federal parties stand on the invocation of the Act. Due to the requirement of the Emergency Measures Act to undergo Parliamentary review, a lack of consensus among federal parties has the potential to radically delay the implementation of the Act, or to hinder its invocation altogether. The government has a minority in the house and therefore a degree of consensus among political parties is critical, and must be achieved prior to the Act undergoing the Parliamentary Review process. 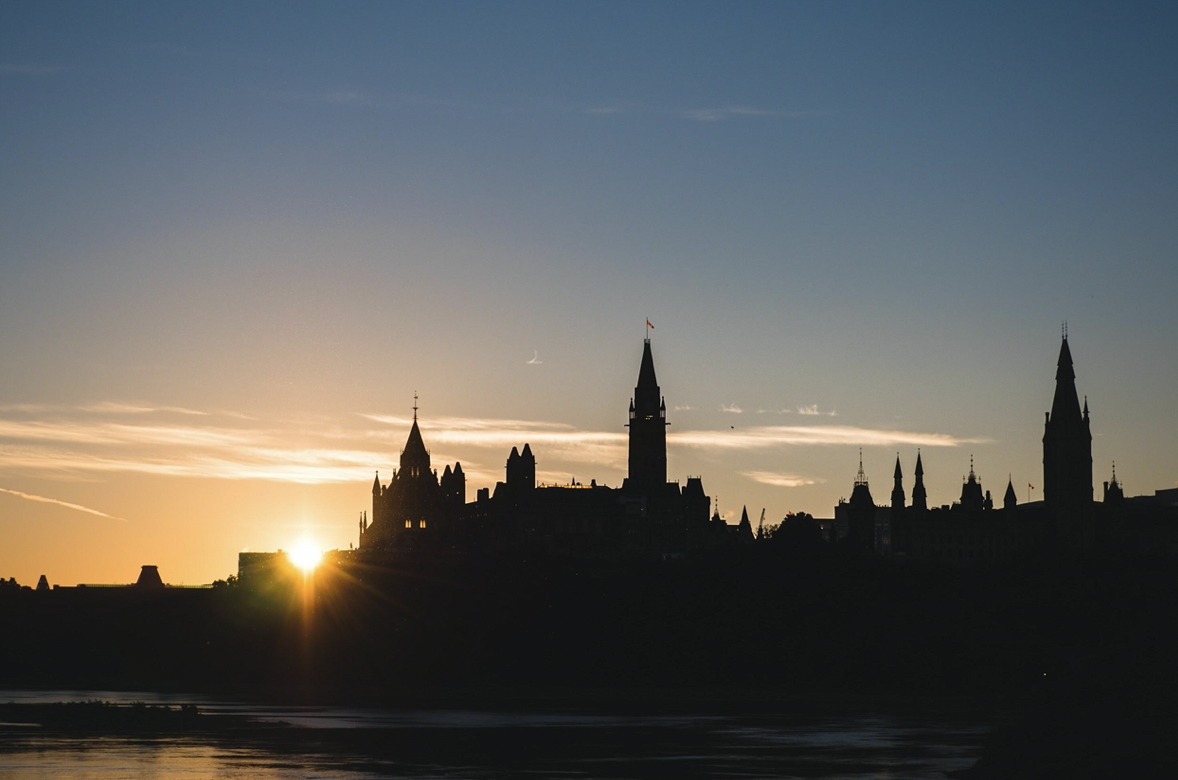 Existing laws and regulations provide sufficient powers for all levels of government to mitigate the crisis. Now is not the time to debate whether the Act should be invoked, nor to engage in a potentially lengthy and divisive partisan process at the provincial and federal levels. A top-down federal approach cannot fast-track the vaccination process, ensure equity in vaccine distribution, or improve existing travel restrictions. Taking all this into consideration, the Emergencies Act does not improve on the existing system that supports direct engagement with provincial and territorial leaders to create consistent policies at the national level.

A practical solution can include a tiered response based on province specific case counts, and firm restrictions on national and international travel. Such a response can involve using the Emergencies Act as a bargaining chip, to ensure cooperation and coordination from all provinces. In the extraordinary event that a provincial crisis exceeds a Premier’s capacity, existing powers allow the Government of Canada to intervene directly in their region. Through targeted interventions, federal resources can be directed to regions in need; promising an efficient, cost-effective and equitable recovery.

If the risk-return trade-offs of a pandemic couldn’t trigger the Act, it should make one wonder whether it’ll ever be used.